Ok, so now this post is long overdue, so to compensate for this some pics 🙂

We went to Ramoji film city. Now this place is quite outside the main Hyderabad city. I didn’t know what to expect on reaching there, maybe some people shooting some song sequence for a film… Or some action scene for a Tamil/Telugu movie being filmed.. That could‘ve been exciting.

Now for what happened. We reached the film city at around 11 am. Now some wiser people told us to go at around 8 am so that you could get a better experience and experience the city to the fullest. But IMHO, we missed nothing there. There was a slight drizzle when we reached there, and my worrisome self was worried that the program would be completely ruined; especially after the part when we paid Rs. 250 each for the entry ticket. But thankfully (for my Rs. 250) it didn’t happen. phew¦

So what is there, the main question. Well it is a mix of a kiddie amusement park, big gardens and a few film sets (that had none of the crew on it, as those with crew were out of bounds for us). 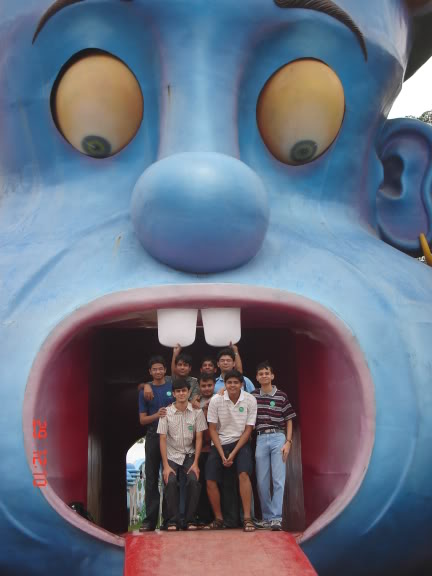 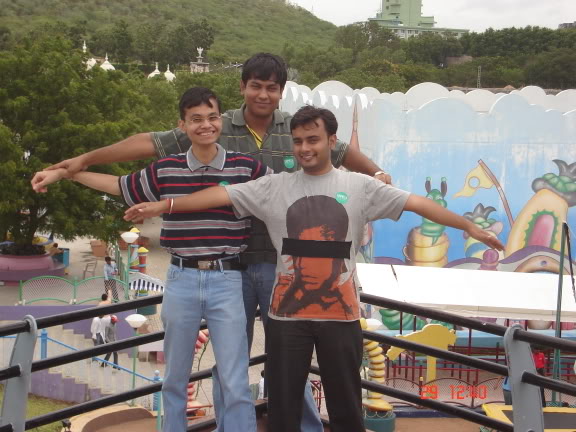 Then after we were through with the round of the amusement park, it started raining. Luckily there was a stunt show that was about to be held in a covered place, a shed. So to take shelter we decided to go and watch. Pretty good I must say, except that the music was too loud at places. There was this classic melodrama about a group of ruffians teasing 2 girls. Then the girls and the hero bash up the baddies with the set falling apart all the time. Classic film material. hehehe. 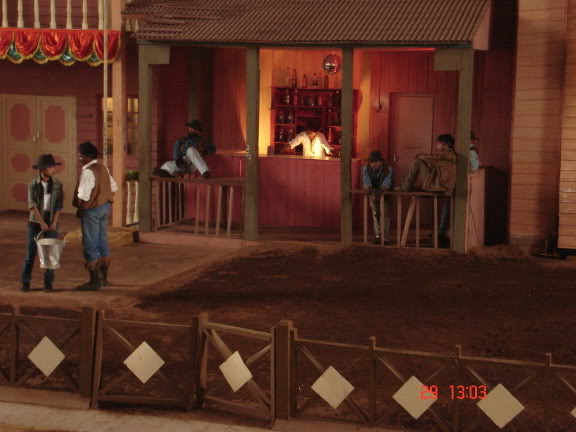 As soon as the show ended, the rain stopped. We went to an Italian style restaurant in the park. The food was bearable and then one of my friends found a fly in his food (after barely missing eating no-veg, he’s a veggie). So much for that.

Then we decided to take the guided tour around the film city. 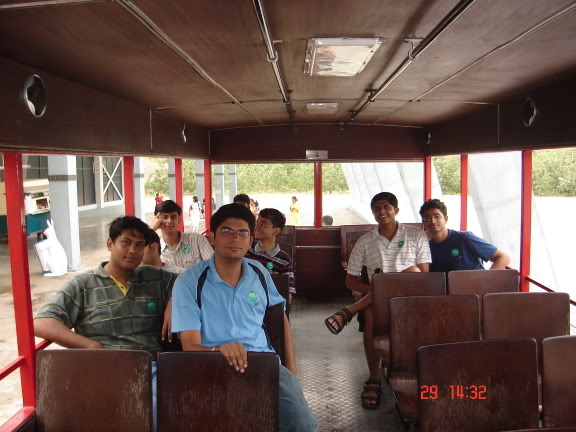 IMHO there were only these standard sets and facades that we all see in our movies. The guide was a South Indian lady who made pretty decent attempts with wisecracks. Some I recall were Bank; You can put money there but no withdrawals or pointing to statues of a man, woman and child saying Who wants to see the Bachchan family; Jaya, Amitabh and Abhishek.

Then there were these beautiful and well maintained gardens (with gardeners working on them when we roamed them). They were really beautiful, the kind of where song sequences are shot. Some pics 🙂 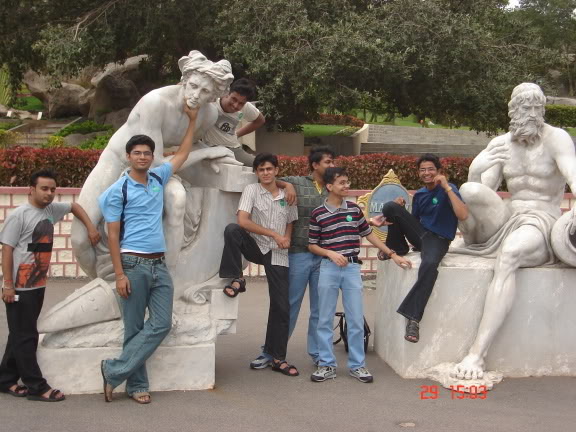 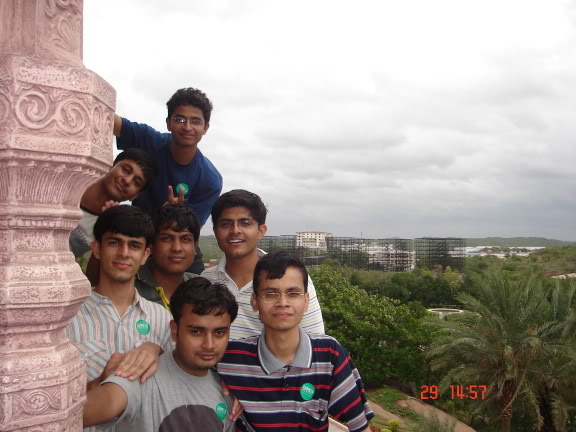 Overall a place that one should visit once, nothing spectacular but great experience nevertheless.