The project is an interactive application demonstrating rigid body simulation. The simulator computes rigid body motion, detects and handles collisions, displays 3D motions in different camera views, and allow the user to set the initial position of the objects.

In this project an unconstrained optimization was used to solve an inverse kinematics problem. The input to the system is a set of marker trajectories from a motion capture system read from a C3D file. The inverse kinematics solver will produce a set of poses (joint configurations) that match the markers.

The resulting motion sequence (poses) and markers trajectories are displayed and the error of the solution for each frame is computed and displayed. 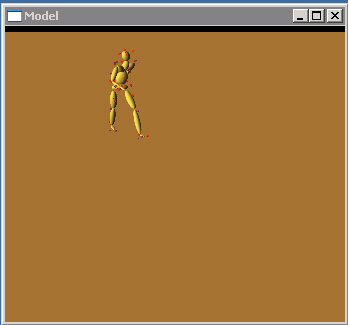 Classification and Analysis of misses using the SESC simulator (pdf)

Cache misses impose a significant performance barrier in modern day computing. The project attempted to classify the cache misses that occur in a Symmetric Multiprocessor (SMP) based system into compulsory, conflict, capacity or coherence misses. For this, the SESC simulator (Superscalar Simulator) is used to run the benchmark WATER which is a part of the SPLASH2 suite. The simulator was modified to classify the number of read and write misses into compulsory, conflict, capacity and coherence misses. The work also explains the reason for the trends observed for cache misses.

The game was developed as part of learning Direct3D for game programming. The game involved intensive use of 3D geometry and importing DirectX models and resources.

The project involved taking an existing Microsoft XNA based game and making it multithreaded and creating interesting shader code for it.

The project involved learning and using the Team Software Process and the Personal Software Process during software development. To achieve this, apart from the Process Plan and the Requirements document, TSP and PSP scripts were followed and logs were maintained. The logs included time tracking logs, defect logs and review logs. In addition estimation was done for the time and resources required for the project.

My specific contributions were creating the process plan and actual implementation of the project.

Here, my specific contributions were acting as the project manager and also managing risk through a risk analysis and tracking document. I was also responsible for testing the application.

This project aimed at designing an application for retrieving data from a Web-based store and displaying it using a GUI. It also involved creating task cards and test cases for the application.

Here, my specific contributions were creating Task Cards and Unit Tests for the application. I was also involved in the actual implementation and used pair programming for it.